Wake Up Your Mind
Home Life An Englishman, a Frenchman and an Irishman were in a bar together
Share
Tweet An Englishman, a Frenchman, and an Irishman were together in a bar.

They were drinking until they started to talk about their families.

The Englishman began, “My son George was born on St. George’s Day, so of course we named him after it!”

The Frenchman piped up, “Ah, yes! My daughter was born on Valentine’s Day, so her mom and I called her Valentine!”

The Irishman, who quiet up until then, starts to talk about his wife and children… “Ah, the same thing happened to my young laddy Pancake.”

A Nurse Was Telling Fathers About Their New Babies. 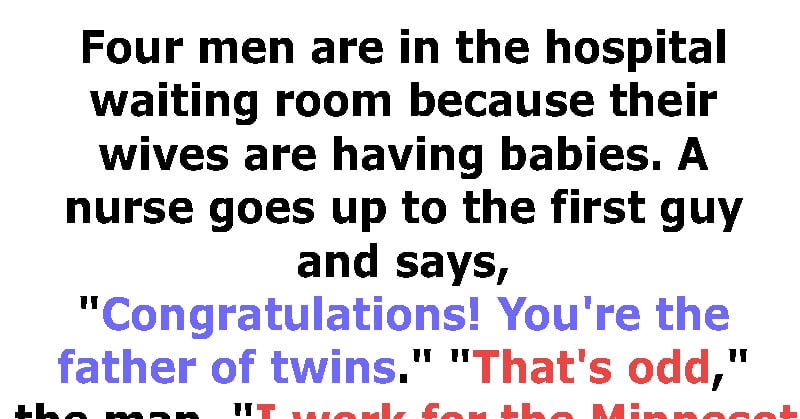 Four men are in the hospital waiting room because their wives are giving birth. A nurse goes up to the first man and says,

“Congratulations! You are the father of twins.” “That’s strange,” answers the first man.

“I work for the Minnesota Twins!”

A nurse then yells at the second man,

“Congratulations! You are the father of the triplets!”

“I work for the 3M company!” A nurse approaches the third man and says,

“Congratulations! You are the father of quadruplets.”

“That’s weird,” he answers. “I work for the Four Seasons Hotel!”

The last man begins groaning and banging his head against the wall.

It’s funny, so I just had to share it here. Only People With Eagle Eyes Can Find The Odd One Out... 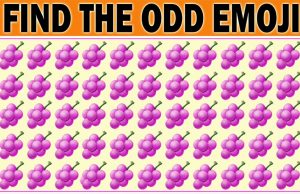 Can You Spot The Odd One Out In All 5 Pictures...