After an interview, the Human Resources Officer asks a young engineer fresh out of the Massachusetts Institute of Technology, “And what starting salary are you looking for?”

NASA was interviewing professionals to be sent to Mars NASA was interviewing professionals to send to Mars. Only one could go and couldn’t return to Earth.

The first applicant, an engineer, was asked how much he wanted to be paid for going. “A million dollars,” he replied, “because I want to donate it to M.I.T.”

The next applicant, a doctor, was asked the same question. He asked for $2 million. “I want to give a million to my family,” he said, “and leave the other million for the advancement of medical research.”

The last applicant was a lawyer. When asked how much money he wanted, he whispered in the interviewer’s ear, “Three million dollars”.

“Why so much more than the others?” asked the interviewer. Shakey went to a psychiatrist 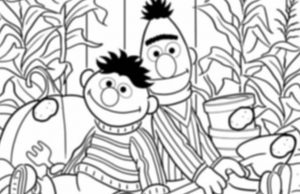 Can You Find 5 Potatoes Hidden in The Picture?