Wake Up Your Mind
Home Blog An Elderly Man in Florida Had Owned A Large Farm.
Share
Tweet 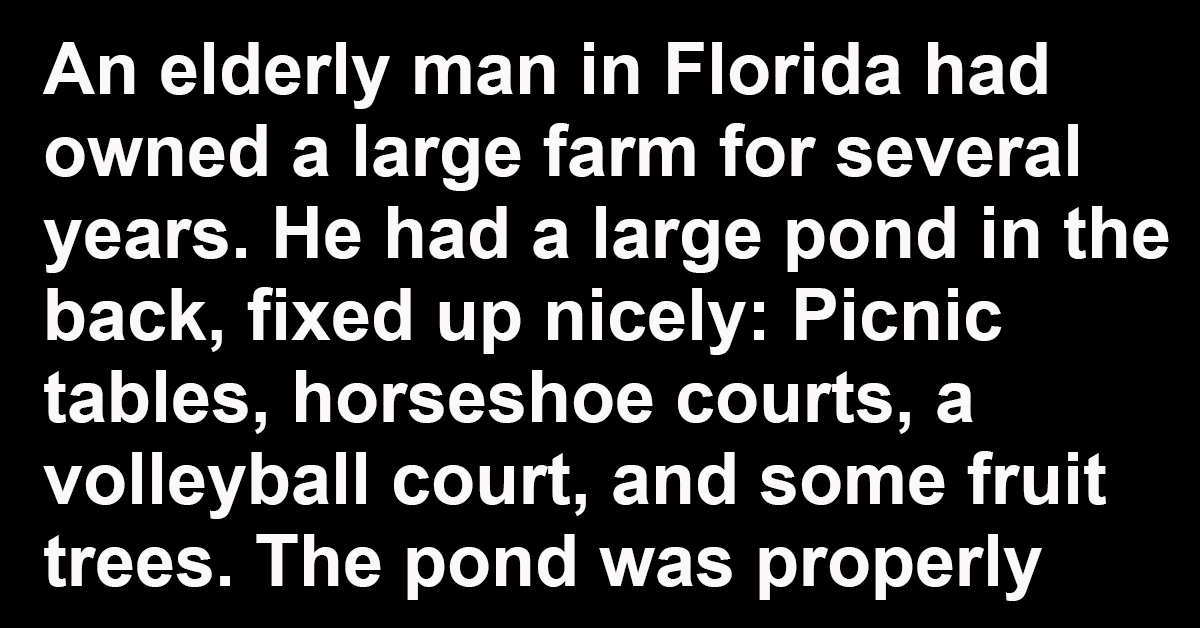 An elderly man in Florida had owned a large farm for several years.

He had a large pond in the back, fixed up nicely: Picnic tables, horseshoe courts, a volleyball court, and some fruit trees.

The pond was properly shaped and fixed up for swimming.

One evening the old farmer decided to go down to the pond and look it over, as he hadn’t been there in a while.

He grabbed a five-gallon bucket to bring back some fruit.

As he neared the pond, he heard voices shouting and laughing with glee.

As he came closer, he saw it was a bunch of young women skinny-dipping in his pond.

He made the women aware of his presence and they all went to the deep end.

One of the women shouted to him, “We’re not coming out until you leave!”

The old man frowned, “I didn’t come down here to watch you ladies swim or make you get out of the pond.”

Holding the bucket up he said, “I’m here to feed the alligator.”

A woman and a lawyer were seated next to each other on a flight. The lawyer asked if she would like to play a fun game.

The woman, tired, just wanted to take a nap, politely declined and rolled over to the window to catch a few winks. The lawyer persists and explains that the game is easy and a lot of fun. He explained, “I ask you a question, and if you don’t know the answer, you pay me $5.00, and vice versa.”

READ  A man from Peru decided to visit America

This catches the woman’s attention and, figuring there will be no end to this torment unless she plays, agrees to the game.

The lawyer asks the first question. “What’s the distance from the earth to the moon?”

The woman doesn’t say a word, reaches into her purse, pulls out a $5.00 bill and hands it to the lawyer. “Okay,” says the lawyer, “your turn”.

The lawyer, puzzled, takes out his laptop computer and searches all his references, no answer. He taps into the air phone with his modern and searches the net and the library of congress, no answer. Frustrated, he sends e- mail to all his friends and coworkers, to no avail. After an hour, he wakes the woman, and hands her $500.00.

The woman says, “Thank you,” and turns back to get some more sleep.

The lawyer, who is more than a little miffed, wakes the woman and asks, “Well, what’s the answer?”

Without a word, the woman reaches into her purse, hands the lawyer $5.00, and goes back to sleep.

A nine-year-old go to the grocery store

Can You Find Hidden Panda In These 5 Images?

Most people can’t handle it: Let’s see if you’re able to...

Find the Smiling Emoji Hidden in the Picture.