On a beautiful sunny day, a chicken curiously walked into a public library, went straight to the desk, and said, “Book, book, book, book.”

Surprisingly, ten minutes later the chicken was back with the book.

The chicken gingerly made its way through the library and dropped the book at the desk.

The librarian gave the chicken a second book and the chicken accepted it before disappearing into the crowded street.

Ten minutes passed and the chicken was back again!

She followed the chicken down the street until it finally stopped at a pond where a frog was sitting on a lily pad. 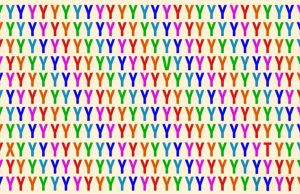 Find the hidden letter within 10 seconds

Can You Find The Missing Number? Most People Can’t Do It...