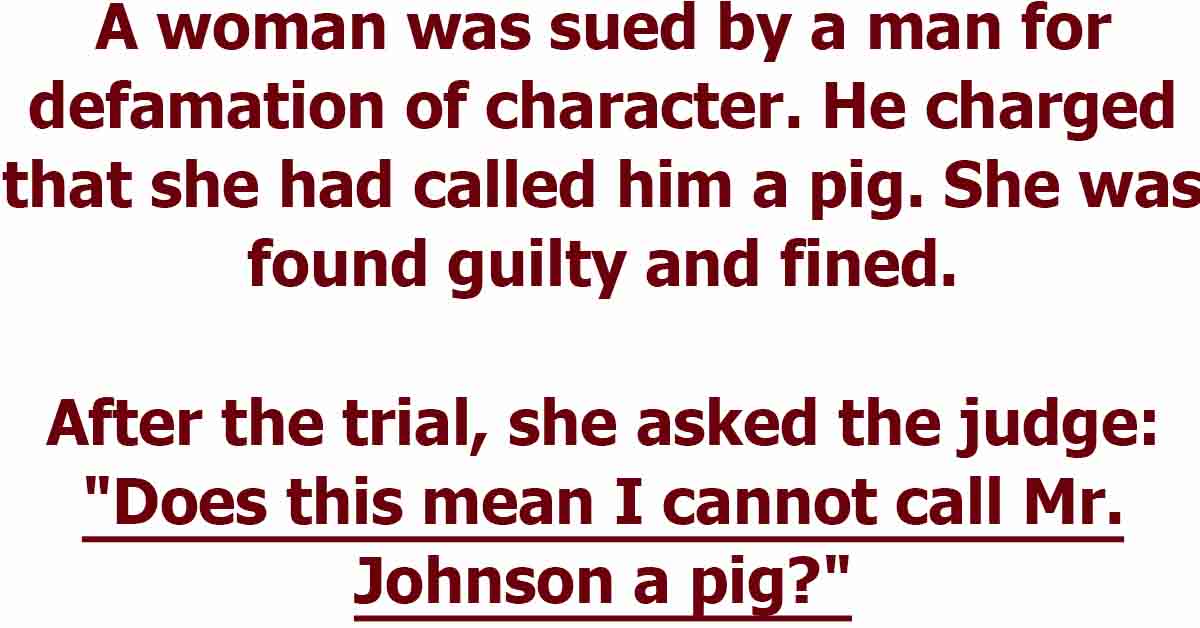 A woman was sued by a man for defamation of character.

He charged that she had called him a pig.

She was found guilty and fined.

After the trial, she asked the judge: “Does this mean I cannot call Mr. Johnson a pig?”

The judge said that was true.

“Does this mean I cannot call a pig Mr. Johnson?” asked the woman.

The judge replied that she could indeed call a pig Mr. Johnson with no fear of being charged with a crime. Never Done Anything Wild In Your Life? 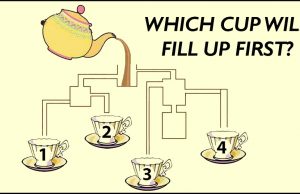 Today’s challenge: Which cup of tea will fill up first?