After taking over ownership of a factory that was on the verge of bankruptcy, the new CEO decided to improve earnings by getting rid of all the slackers.

While taking a tour of the company, he noticed a man leaning on the wall.

The CEO couldn’t believe the man’s effrontery. So he approached him and asked, “What are you doing here?”

Without batting an eyelid, the man replied, “I’m just waiting to get paid.”

Surprised by the man’s response, he asked, “How much money do you make a week?”

The young man looked curiously at the CEO before replying, “I make about $300 a week. Why?”

Without responding, the furious CEO reached for his checkbook and scribbled the sum of $1,200, which he handed to the man and said, “Here’s four weeks’ pay. Now get out and don’t come back.”

Without muttering another word, the young man pocketed the check and walked out of the factory.

After seeing him leave, the CEO turned to the other employees, hoping they had learned an important lesson.

He asked, “Does anyone want to tell me what just happened here?”

One of the employees replied, “Yes. You just tipped the Pizza delivery guy $1,200.” 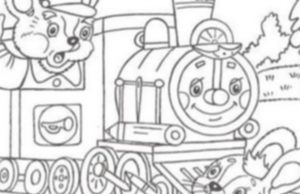