A lawyer defending a man accused of burglary tried this creative defence:

“My client merely inserted his arm into the window and removed a few trifling articles. His arm is not himself, and I fail to see how you can punish the whole individual for an offence committed by his limb.”

“Using your logic, I sentence the defendant’s arm to one-year imprisonment. He can accompany it or not, as he chooses.”

The defendant smiled. With his lawyer’s assistance, he detached his artificial limb, laid it on the bench, and walked out.

READ
A Dog's Diary Vs A Cat's Diary. An Elderly Man in Florida Had Owned A Large Farm. 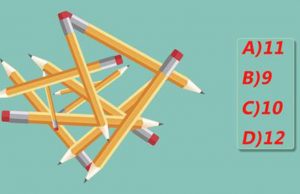 Only A Few People Can Get This Right: How Many Pencils...